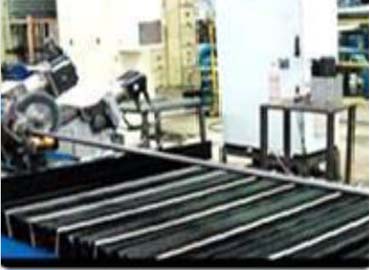 Cold cutting is an essential part of the tube mill, which enable cutting of the tube to the pre-set length by a cut off machine. Designed for overall productivity & consistent product output. This system handles all types of products – circular, square & rectangular sections, cutting synchronization with use of AC Servo motor having inbuilt resolver for main drive faster response and better accuracy at higher speeds, feed AC Servo motor for cutting, this enables faster cutting and improved blade life. This system have provisions for HSS / Friction cutting / TCT blades as per requirement, this is unique feature of our system operator have provisions for type of blade selection rest of cutting parameters will be taken default, controlled cold/ TCT cutting results in clean cutting of the end without need for any end facing, system contains most modern technology & totally user friendly. Neptune system provided an automatic cutting machine in India.

By Tool : For inline tube end de burring by means of ID /OD tools making the automatic inside & outside removal of bur, This machine is used for 16 mm to 52 mm OD higher size is also possible, it can be directly mounted on the unloading table of the mill and the tube movements will be fully automatic.

By Brush : For finishing tube end by using Imported SS brush, brush position will be vertical and horizontally adjustable, with their speed will be controlled by inverter tube movement on roller conveyors and working speed are automatically controlled through PLC Pipes of assorted length in the form of bundle will be loaded and get singled one by one automatically, singled pipe will be passed through Servo controlled length measuring system, depending on set length through operator panel initially it will cut first 10 mm followed by set length, if pipe to be cut less then set length pipe will be collected in rejection bin. For balancing cutting time & de burring time buffer is created between cutting & De burring operations, after De burring on one end pipe will be taken on other end for second side, after completion it will be collected on O/p stretchable belt collector. 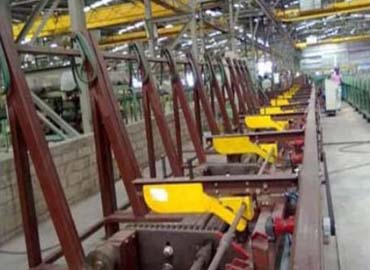 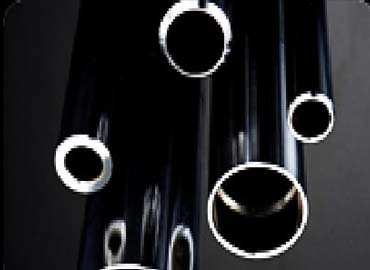 Counter stopper and resettable counter for complete data keeping. 6 interlock/ protection (alarms) eliminatemalfunction or accident due human or other circumstantial mistakes/error. Length tolerance within +/- 0.2 mm. Self-written software allows continues upgrades which are free for all previous machine owners. On- board error detection system allows immediate help and repair of machine of most parts. Manual use option to use the machine on manual mode. 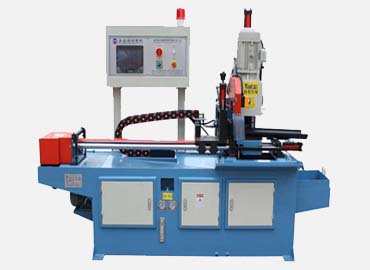 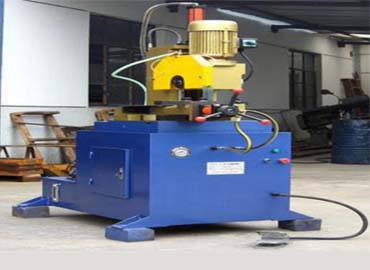 Ideal for cutting of small bars, round pipes & sections, feed clamping advancement through Hydro pneumatic and cutting head is having arrangement for setting angle as per requirement.

Previous One
Next One